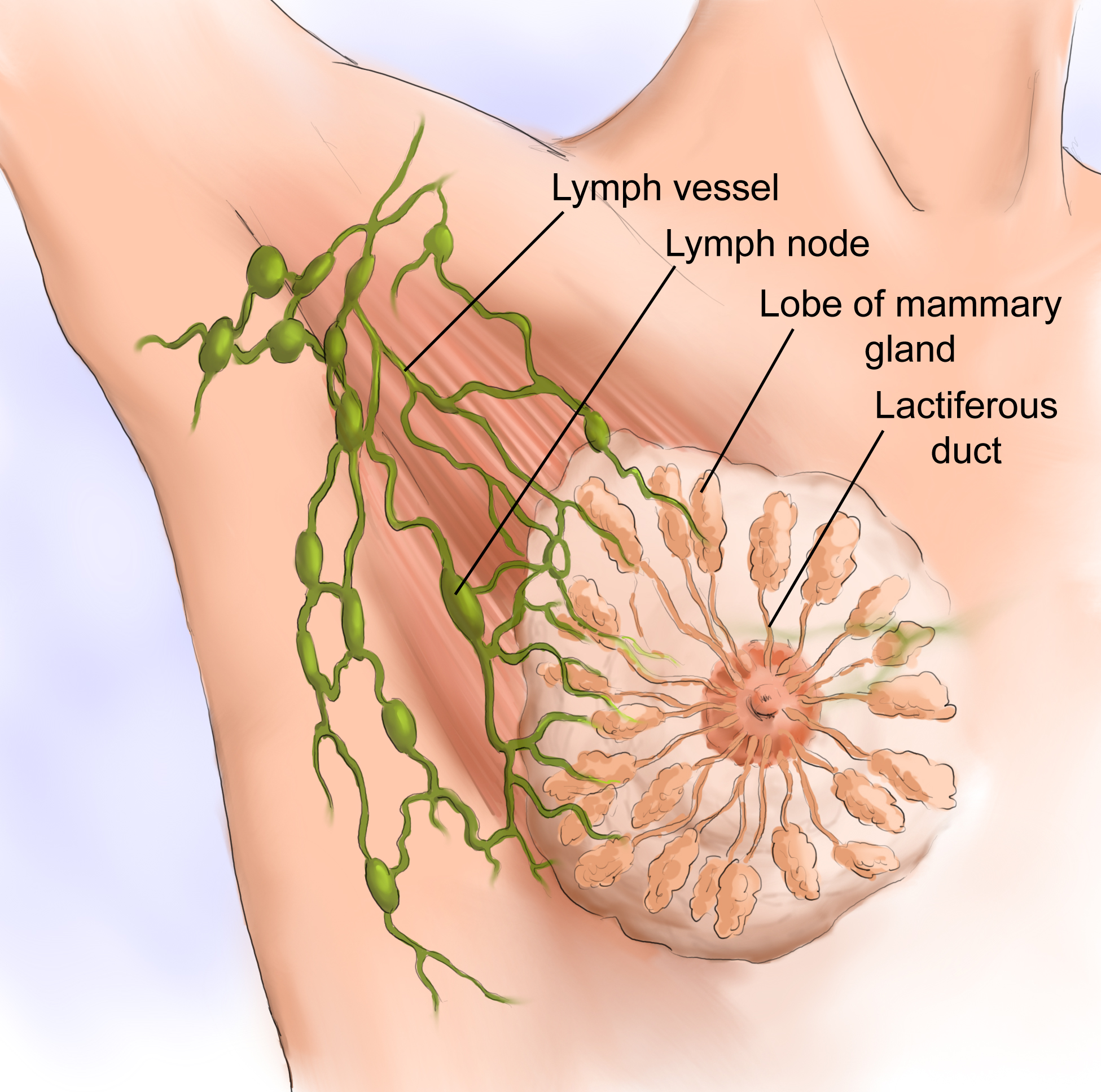 Dealing with the diagnosis of breast cancer may be a personal journey but it is not one that you will endure alone. Your doctor and medical team will work with you to ensure the treatment options provided are suited to your situation and to ensure you understand each step of the process ahead.

Surgery is considered the first line of treatment for breast cancer, with most patients undergoing surgery in some form. The extent of that surgery and whether you require further intervention via radiotherapy, chemotherapy, hormone therapy or targeted immunotherapy will be based on the size, position and nature of the cancer.

There are a number of types of surgery associated with breast cancer including the removal of the initial lump via breast conserving surgery through to a full mastectomy, surgery to the neighbouring armpit/axilla to remove affected lymph nodes, and possibly breast reconstruction.

Breast conserving surgery, or a lumpectomy/ partial mastectomy, involves the removal of the tumour and a portion of healthy surrounding tissue.

The main benefit of this surgery is that it allows a patient to retain most of their breast, thereby striking a good balance between removing the cancer and maintaining good cosmesis of the breast. How much tissue is removed will depend on the size, location of the tumour, and additional factors that your doctor will discuss with you.

Breast conserving surgery may be a suitable option if:

Whether breast conservation or a full mastectomy is the best option for you is a decision you need to make with the guidance of your medical team.

Most patients will also need surgery to their armpit to remove lymph nodes as part of the treatment process.

What does the surgery involve?

Depending on the extent of the surgery and your individual situation, you will require a hospital stay that will last between 1 to 3 days . The actual procedure takes up to one and half hours with additional time required for preparation and recovery from general anaesthetic.

The time it takes to recover and return to normal activities will depend on the extent and location of the surgery, and whether removal of lymph nodes was involved.

Any surgery will leave a scar which may fade over time, and depending on the amount of tissue removed, the symmetry and shape of the breast may be permanently affected.

To help with making the scar less obvious, Vitamin E cream and Bio-Oil is usually recommended.

Should symmetry be an issue, then the option of reconstructive surgery is available. This can be either in the form an implant or muscle flap to increase the size of the surgical side, or in some cases, a breast reduction (mammoplasty) to reduce the non-surgical side.

A mastectomy is a surgical option for early stage cancer sufferers along with patients who have larger tumours or cancer located in more than one site. It is also the preferred treatment for patients when cancer has returned to the same breast after previous surgery or radiotherapy.

Some patients opt to have a mastectomy even though their initial cancer may be small in a bid to avoid radiation therapy.

Mastectomies fall into a number of categories that include conserving breast skin for immediate or future reconstruction, preserving the nipple if it is unaffected by cancer, full breast removal and radical mastectomies which involve the removal of the entire breast, armpit tissue and part of the chest wall.

Depending on your circumstances, your medical team may also recommend radiation therapy following surgery.

A full mastectomy takes around one and half to two hours to complete and time in hospital ranges from 1 to 3 days (and up to a week if there is an immediate reconstruction). This depends on the extent of the operation, your general health and recovery.

It is standard procedure for surgeons to explore whether cancer has extended to the lymph nodes as part of an initial diagnosis and treatment of breast cancer.

The lymph nodes, which are located in the armpit (axilla), are directly connected to the breast via lymph vessels, and this is the first place cancer may be likely to spread.

If cancerous cells are suspected in this area your surgeon may recommend surgery to remove part or all of the lymph nodes.

There are two types of surgery commonly used to treat the lymph nodes – a Sentinel Lymph Node Biopsy (SLNB) and an axillary dissection/axillary clearance.

The procedure is usually performed during the same operation as breast conservation surgery or mastectomy, with the nodes assessed by a pathologist to determine whether there are cancerous cells present. If so, the patient will then require the removal of further lymph nodes in the form of axillary dissection surgery.

In most instances, subsequent surgery for a further axillary dissection will be undertaken at a later time.

In select cases, this assessment can be undertaken immediately, and surgeons can proceed to remove further nodes if required.

If possible, this procedure is performed at the same time as breast conservation surgery or mastectomy. The removed nodes will then be examined by a pathologist and the results will determine what further treatment may be required.

Secondary breast cancer is cancer that has spread to other parts of the body. It may have occurred prior to or after treatment, or the breast cancer may have returned years later.

Surgery is not generally recommended as a preferred treatment option for secondary breast cancer although it can be used to alleviate symptoms and to remove small tumours elsewhere in the body. This is because the breast cancer may be difficult to remove and there is a high likelihood of cancers elsewhere.

The aim of treatment for secondary breast cancer is to slow the spread of cancer, relieve symptoms and provide quality of life. It may involve chemotherapy, radiation therapy, or biological therapies.

Reconstructive surgery is an option for both lumpectomy and full mastectomy patients to restore the appearance and symmetry of the breasts.

Breast reconstruction utilises tissue taken from elsewhere in the body or synthetic implants. The procedure is usually performed by a plastic surgeon and can be undertaken at the time of a mastectomy (immediate reconstruction) or in the period afterwards (delayed reconstruction).

If breast reconstruction is an option you may wish to pursue you should discuss your available alternatives with your doctor and team of medical professionals.

Implants involve the placement of saline or silicon-filled implants to reconstruct the shape of the breast. Before having permanent implants inserted, a patient may have temporary expanders put in place to create a pocket for the implant.

The look and feel of silicone or saline filled implants varies and, as with most medical procedures, there are risks involved including further scarring and infection. You should talk at length with your doctor about options that may suit you.

These procedures use healthy tissue from elsewhere in the body to reshape the breast. Available sites can include the upper stomach, abdomen, upper back and buttock. As this procedure involves the harvesting of tissue and healthy reconnection of blood supply, it may not be a viable alternative for women who suffer diabetes or smoke.

For many women who have undergone a mastectomy, external prosthetic devices comprise at least part of their post operative experience. These artificial breasts are filled with silicone or saline and are inserted into a mastectomy bra to give the uniform appearance of breasts. They can be used permanently or as an interim measure during the period between a mastectomy and breast reconstruction.

This may be an option for the woman with large breasts, where a reduction in the “non-cancerous” breast is undertaken to achieve symmetry, with or without any further surgery to the “cancerous” side.